The Joke of Painting 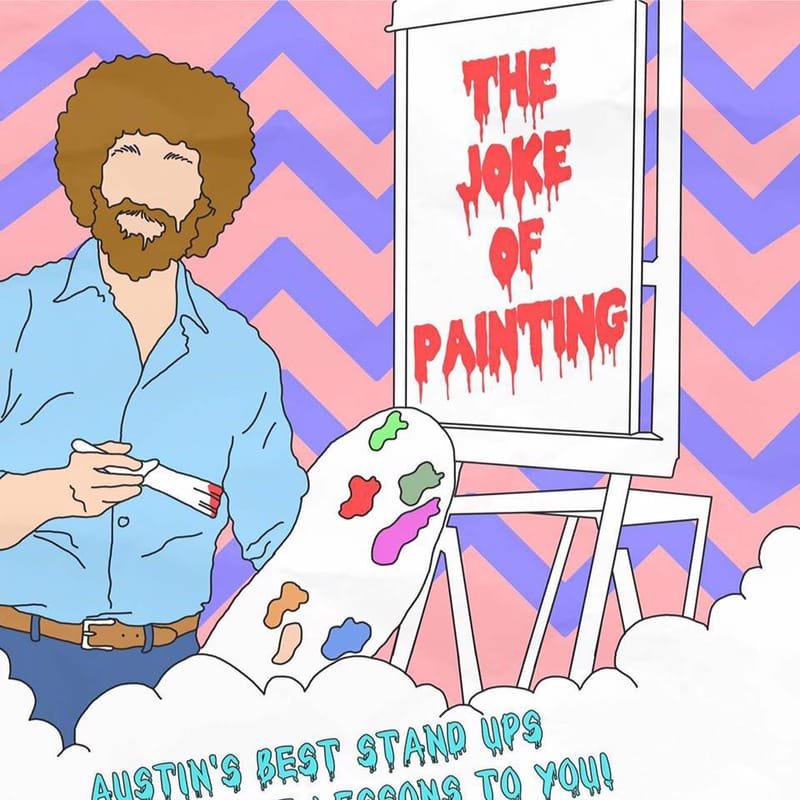 The Joke of Painting is a showcase for some of Austin's best comedians, but wait--there's a twist! Not only do these cats know their way around a joke, but they're not too shabby with a canvas either. Don't get us wrong, some of them couldn't paint a straight line if their life depended on it, which it very well may. This show gets weird sometimes.

Each comic will be doing their own step-by-step demonstration on how to paint a piece of art of their choosing, with an extra dose of laughs, their jokes!!!! Comedy IS art, baby. You think you can draw too? Always painted along with Bob Ross on The Joy of Painting back in the day?? Well, guess what??? You'll be provided with all the necessary utensils to follow along with the demonstration and create your own Master Stroke. If the event is packed we may not have utensils for everyone. Get there earlier for some of that first-come, first-serve goodness. If you enjoy being late, we get it! Just be prepared to BYOP(aint) or just enjoy the show without utensils.

And check out this lineup. we've said this about literally every show we've done but holy shit, this might be the best Joke of Painting yet. Here's their names, with their most-important credit next to them.