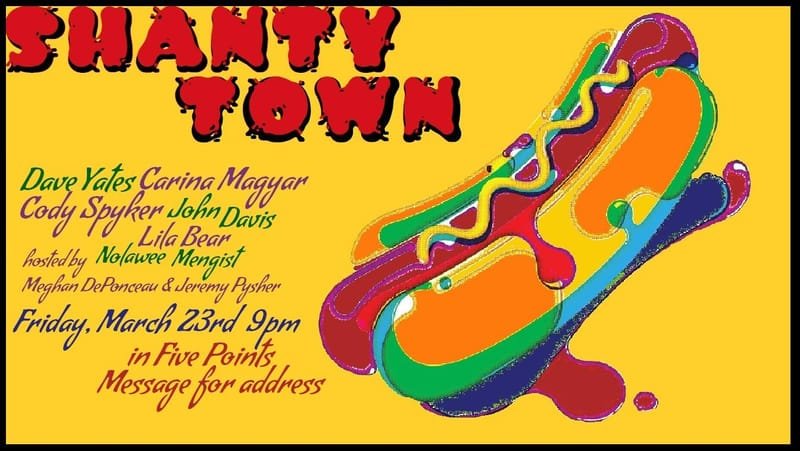 Shanty Town is a traveling house party comedy show
that uses a "white trash" theme as an excuse for it's sloppy production quality.

Join Meghan DePonceau (found out laughter may be the best medicine, but it doesn't cure gonorrhea)
& Jeremy Pysher (Has developed a taste for mace)
for the first Shanty Town of the season, taking place in the saddest, most shantiest shack of all: Meghan's house.