NO BORDERS: Benefit for RAICES 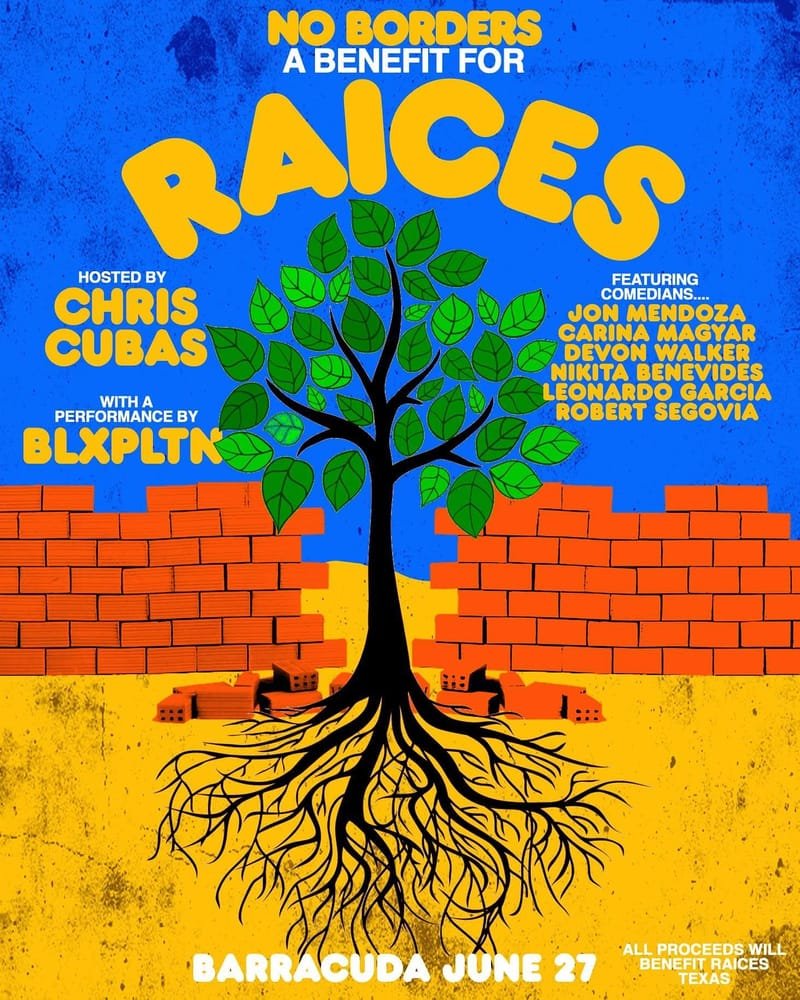 Everyday, desperate people in search of a safe place to live for themselves and their family are being locked in cages for no reason other than that they were born on the wrong side of an imaginary line. Now, you're thinking "But what can I do to help?" That's easy! Just come to a dope ass show!

No Borders - A Benefit For RAICES (www.raicestexas.org/) is bringing 6 of the best comics in Austin and killer electro-punk band BLXPLTN for a night of laughs, music, and resistance! Featuring:

All proceeds will benefit RAICES Texas (https://www.raicestexas.org) which is an organization that provides "...legal representation for immigrant children and parents in Texas, as well as paying parents’ bond so they can be released from detention centers and reunited with their children."

This administration has shown us with more than their choice of jackets that they really don't care. It's time we show them that we really DO.