My mother was tall and tough and wiry, like a wisteria branch denuded of flora but living nonetheless, when she walked down the aisle in a lacy white bridal gown to wed a man who smelled like vinegar. They were 66 and 73, respectively. The ceremony was in a church. It was her first Catholic wedding, third overall, and his second, he being a widower, or whatever they call men with dead pasts.

When she attained the altar, he reached for her hand and she gripped it. I could tell by her tendons that she was squeezing painfully. I had held that grip. It hurts around the joints. It is protective and frightening, like a tiger’s jaws clamping the scruff of her young’s neck.

I fluttered to an involuntary memory. One time, when I was 11, I went downstairs for a nighttime glass of water and came upon my parents in the living room. Mother was on top of father, pinning him with her sinewy naked body. Her breasts were veiny and the color of backlit fog. I did not look at my supine father, who was inside her at the time. They heard my footfall on the wooden steps. We regarded each other noiselessly. I retreated. Two years later, he was still my father, but no longer her husband. And then he died of congestive heart failure. Meanwhile, she lived to clutch a man in the milky light of this cathedral, marrying him on a regular old Saturday morning.

I held Caroline, who was adorned in more clothing than any baby should ever suffer, and burbling and drooling her sticky saliva all over herself and the swaddling cloth and my $300 dress. I gazed at her with numb benevolence.

She had kept me up the night before, screaming as babies do, with the urgency of murder, at 4 in the morning. I dressed loosely and strapped her into the Baby Bjorn and took her outside, because what I had learned in two harrowing weeks of motherhood was that the rocking of my gait and the slap of outdoor air conspired to shut her up. We walked for blocks and blocks and yet she screamed, her wails filling my mouth and ears and throat, my lungs and heart and liver. It struck me, suddenly, that she was hungry. Baby cries become like wine, with Notes and Noses and Finishes, and this one was sharp and gasping. I sat on a bus bench, disentangled her and myself from the Bjorn, lifted my t-shirt brazenly in the moonless night, and negotiated a latch.

She wasn’t very hungry after all, but she was greedy enough to try. I felt the now-familiar raw sharp stinging tug of her sticky mouth, then its pumping need that yanked at the empty straw of my nipple until finally, to both our great relief, the warm letdown occurred, and I felt, as always, the pleasant sensation that I was bleeding into her.

I awoke when a semi truck rattled by, and the dawn-bright air made me shiver. Caroline was still cradled in my arms, but my chapped breast was exposed. I tugged my shirt down and stood and walked us back, the unharnessed Baby Bjorn flopping uselessly about my legs like a bizarre rattling apron. Then I dressed and put on more makeup than I had worn in six months and arrived, bleary, at this marble palace, this myrrh-scented tomb of an unfamiliar God that my mother now half-heartedly prayed at.

She looked unnatural, her angularity kneeling before the droning robed blob of the strange priest. Her hands were dutifully pressed together, and I couldn’t see her face, but I knew her eyes would be closed, the powdery blue eyeshadow she still swore by exposed to this supposedly chaste supposed Father.

We were never religious, but Clarence, the cabbage of a man she agreed to marry, loved this God enough to shove her toward Him, the momentum of generations of Catholic patrilineage causing her proud legs to genuflect and her sharp voice to murmur prescribed syllables in a measured cadence. I wondered at the power of loneliness. I marveled at the desire that compelled my mother to ensnare and enslave a man, despite her perpetual contempt. I felt awe at the attraction she feigned for his preposterous gut – so global, he wore suspenders, even on this solemn occasion – and his comical jowls. Had my mother become a good person, capable of detecting and adoring inner beauty? I glanced at the ceiling of the church and asked God, though I already knew the answer.

Caroline’s burbles gained urgency, her impatience filling rapidly like a beer-soaked bladder. Should I leave the room? At what point in this hour-long ceremony does the magic happen? And if I should miss it, would my mother sense my absence? Would my disappearance lash another scar on her back that she would point out at dinner parties? “Here is where my daughter left me, this one says. And here is another time she left me. And this one, well, this happened just today. When she left me.”

But the baby held. The endless prayers ended. The priest gestured at the couple to turn around, and as they faced us, he vested himself with power and pronounced them beloved to one another, and we all applauded under the deafening blare of random organ notes. They processed past us all, smiling stiffly. Mother locked eyes with me. I tried to look proud, but now it all happened so quickly. I was in my car, driving to something called a Catfish Parlor, for that was what The Invitation said to do.

A Catfish Parlor. Clarence had kidnapped my mother. “This is weird,” I told my baby, who was buckled up nine ways in a plastic cradle, which was itself clipped six ways into a plastic basin, which was itself tied four ways to the upholstery of the back seat. “This isn’t like her.”

When it was just us, in the decade-long pause she took between husband-father and husband-catfish, she trained me to stay indoors. Any proclivity I had to camp or hike or sport or even sunbathe was quietly squelched by her indifference to all things rugged, her reverence for all things prim. When I wanted to play soccer, I was enrolled in dance. When I wanted to float the river with my friends, I was driven to an art opening in Houston and made to eat at a white tablecloth with suited strangers while my mother laughed like a glass being struck by spoons. When I wanted to keep the baby, she offered me the money to visit a cold clean room.

Mess was not a part of her life. Clarence, with his ridiculous straw boater hats and 1980s eyeglasses, was this enormous anomaly, a rough thumb in her otherwise white glove life. He was the gardener. A resident of the building as well, sure, but the gardening one, who spent his mornings on his knees pruning and yanking and grubbing all the nature. She never joined him in the sun, but she made him iced tea. He’d wash up and they’d sit together in the common lounge, talking.

I remember the first time I heard her, as if slipping into another plane of existence, allow Clarence to make a decision. He said they should take in a movie, and she agreed. I was not invited. “Take your rest,” he said, kindly. Mother, though tolerating my pregnant self as a roommate, was not speaking to me. “Enjoy an afternoon to yourself,” he said to me, as if it were his right to speak. “We’ll be back in a few hours.”

I took a bath, alone in the apartment, and felt my then-unsexed baby kick at my insides, as if it would rather be at the movies, too.

Now to a Catfish Parlor, whatever that was. The sky was cloudless and dull blue. I saw a Whataburger along the highway. Under a spell, I exited. I pulled zombie-like into its drive-thru.

“I’ll have a double cheeseburger meal,” I said to the mystery person whose face I always tried to picture before pulling up, an unfun and futile game I nonetheless compulsively played.

“Would you like regular ketchup or spicy?” I was asked. The decision seemed important, impossible. Would spicy ketchup ruin the baby’s milk? And, did I care?

A reception line had surely formed by now. Old people were shuffling past my mother and somehow-step-father to greet them with warm platitudes and expectant faces. When the line ended without me in it–

I drove away from the window. I hadn’t paid. But I hadn’t taken the food. Was that illegal? I ascended back onto the highway. A police car idled in the shoulder. I gripped the steering wheel more tightly and stared ahead until I was well past. Another four exits, according to the sexy foreign lady in my phone. Twelve minutes to arrival. I would make it. I would be there.

Caroline started crying. “We’re almost there,” I told her, uselessly.

After parking, I pulled her out of the car seat and held her close. She accepted the gesture and hushed.

I walked past the hostess stand of the Catfish Parlor and into a screened-off back area that was clearly where receptions take place. I stopped two steps into the wood-floored room, stunned. My mother and Clarence were there, seated in the center of a wide banquet table, alone. Nobody else was there, not even a staff member. They both were looking sadly at their empty plates, not speaking a word. I took a step back, instinctively escaping, then froze.

They sat, as if in an oil painting. Balloons swayed slowly and silently in the air, tethered to the centerpiece of each empty table. No music played. No sound occurred. There had been people at the church. Many people. What happened? My mother started to cry, of all things, and Clarence pulled her toward his side.

Caroline said “buh” and the baby noise reverberated through the room. They looked up, stunned and scared, like prey.

She waved, but did not speak.

“Did you… did the wrong place get put on the invitation? Am I early?”

“Take your rest,” Clarence responded. And I did feel sleepy, the exhaustion of the previous night’s feeding overwhelming my eyes. “We’ll be fine here.” He nodded slowly. Everything moved thickly and patiently, the way scuba divers point at something off screen. My mother’s face was wet, somehow, but not anguished. Her head rested on the pillow of his shoulder.

A server brushed past me with a tray of drinks – two waters, two iced teas – and crossed the large floor in dozens of heavy steps. As she distributed the drinks to my technically-parents, I turned and left, walking through the equally empty restaurant, running gingerly with the baby in my arms through the equally empty parking lot, driving at top speed down the empty highway, flying with my cradled baby toward an empty blue sky. She cried, and so did I, terrified of the wide open life ahead of us and the invisible God who made it in His image. 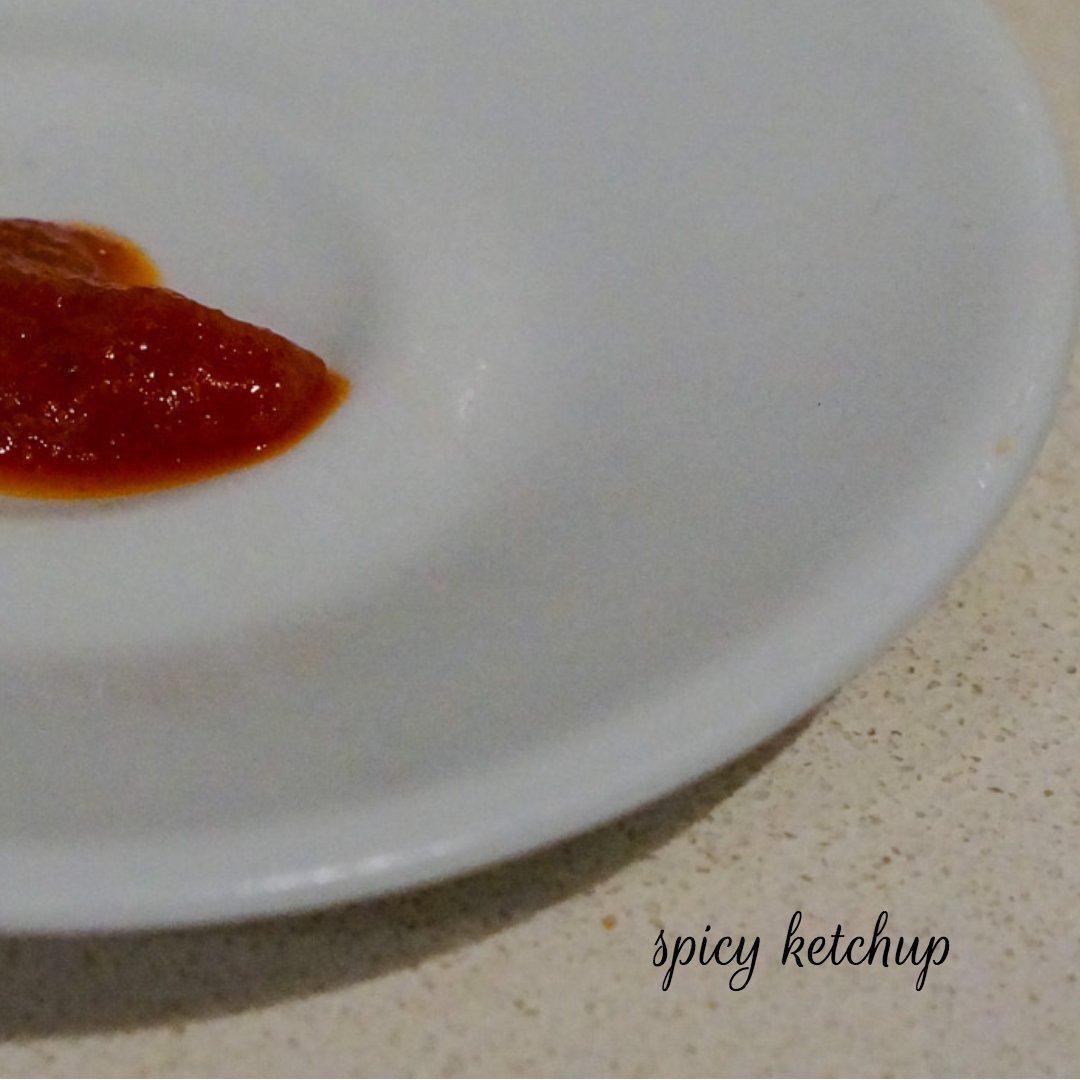